CTOs fight back with Mobility Matters campaign (Featured in Route One) 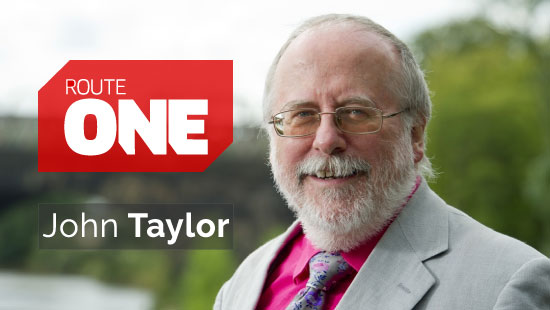 CTOs fight back with Mobility Matters campaign (Featured in Route One)

A group of community transport operators (CTOs) has enlisted the TAS Partnership to help mount a campaign to challenge the recently-proposed changes to legislation that mandate an O-Licence if competitively-tendered work is undertaken.

Mobility Matters alleges that a statement by Department for Transport (DfT) Head of Buses and Taxis Division Stephen Fidler to that effect is “an unforeseen reinterpretation of the term non-commercial that flies in the face of all other guidance previously issued by the DfT and current accepted practice.”

Mobility Matters is steered by a number of CTOs from across the UK. It has five aims:

Raise awareness at a political level and argue the case to key powers Obtain an expert legal opinion to establish whether the DfT is required or able to enforce its new interpretation Provide clarity and advice to CTOs and community transport commissioners Set out evidence of the value of CTOs and their services Provide a platform for airing problems and issues and offer mutual support.

Not hand-in-hand with the CTA

Although the Community Transport Association (CTA) has mounted a PR campaign since Mr Fidler’s letter was made public, it is not directly involved in Mobility Matters.

“We are aware of the role and the activities of the CTA, and we support its work,” says the campaign. “However, we do not believe that the CTA is able to provide the necessary impetus and detachment needed for this task because of its close links with, and funding from, the DfT.”

In a thinly-veiled barb, Mobility Matters adds that it feels that the CTA’s stance on the matter so far “has been premature and defeatist,” although the campaign proposes to work with the CTA.

Instead, a number of what are described as “significant CTOs” agreed to form the steering group. The campaign is now seeking wider support and funding.

No conclusion to the saga yet

The campaign has engaged the TAS Partnership to provide what it describes as “practical facilitation, policy advice and help to obtain an initial expert legal opinion.”

TAS Director John Taylor, who has been at the forefront of community transport development for almost 40 years, says that it is important to understand that Mr Fiddler’s letter is the result of an ongoing licensing hearing.

“Not only has this hearing yet to reach a final conclusion – it could potentially be appealed – but it is not a decision by a court, and nor does it constitute case law.

“Changes in interpretation as drastic as those that are being proposed could impact hundreds of thousands of people, and they need to be tested in court before even thinking about implementation.”

Mr Taylor adds that CTOs need to use a unified voice, “and harness a collective energy to ensure that community transport can continue.”

He says that, instead of what is proposed in Mr Fidler’s letter, a more holistic and sympathetic review of the permit scheme is required – and that while such a review is undertaken, the letter should be withdrawn.

On its website, Mobility Matters expresses its belief that the DfT “can be challenged and possibly persuaded to take a different approach that is less harmful to the CT sector.” It adds that there is potential for a legal case to this effect.

The other side of the coin

It is not only Mobility Matters that has suggested a legal move around enforcement of the Regulation. Speaking in miniplus, sister title to routeone, Martin Allen of the Bus and Coach Association (BCA) makes it clear that the BCA will seek a judicial review if enforcement is not forthcoming.

Mr Allen alleges that bodies in the community transport sector have known of the requirements for an O-Licence, unrestricted driving licences and Driver CPCs for a number of years, but chose to ignore them.

It was the BCA that complained about what it describes as abuse of Section 19 and Section 22 permits, and Mr Allen has evidence that the DfT was informed some time ago by the European Commission that “the blanket approach adopted… will need to be adjusted to avoid mitigation proceedings”

A legal opinion obtained by the BCA backs up the Regulation when it says that the operation of competitively-tendered work using permits is illegal.

Evidence seen by miniplus shows that a DVSA report into the subject of the BCA’s complaint, a CTO, found that it had not been complying with the law in its reliance on Section 19 permits when carrying out tendered work. Coupled with Mobility Matters’ views, it suggests that the ongoing saga is not over yet.

It is little surprise that members of the community transport sector have organised themselves to fight what constitutes a huge threat to them.

What is now clear is that a move to enforce the Regulation as it stands – and its contents are clear and available for all to read online – may not be as simple as first thought, if Mobility Matters carries out its threat to challenge the DfT in court.

Arguably, that is the last thing that community transport needs. Some local authorities have already removed contracts from CTOs using permits; Mobility Matters accepts that the legislation requires review, but it calls the DfT’s proposals overkill.

The Bus and Coach Association, meanwhile, is sticking to its demand that the Regulation is enforced in full if a Judicial Review is to be avoided. One may well wonder: What next?


Please join with us on this inportant journey - we need to act NOW! 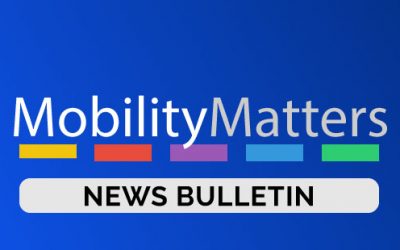 Please Share With Anybody You Know That The Changes May Affect,
Together We Can Make A Difference!

Share This
We use cookies to ensure that we give you the best experience on our website. If you continue to use this site we will assume that you are happy with it.Ok